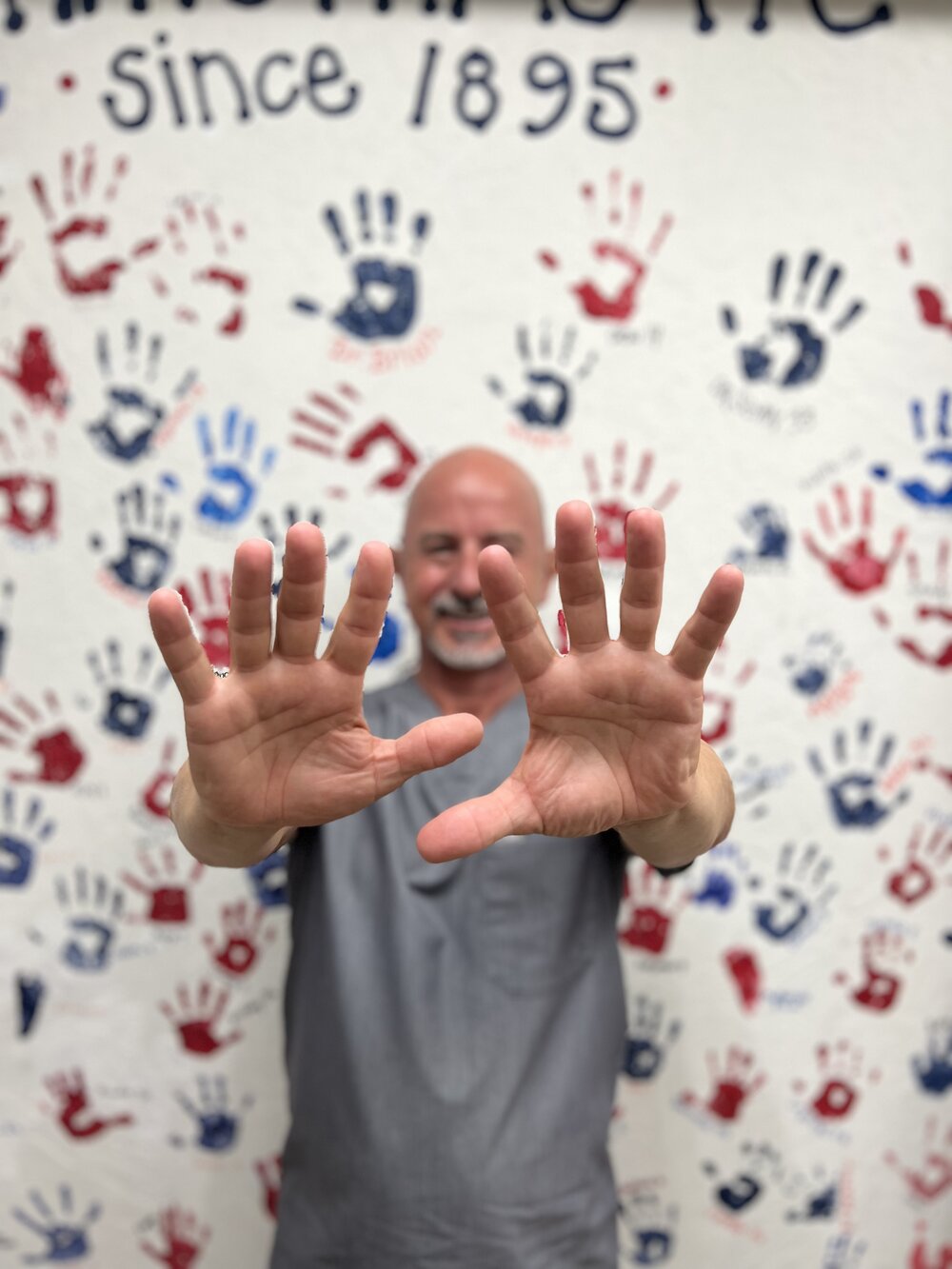 The principle of chiropractic was discovered on September 18, 1895 by Dr. Daniel Palmer in Davenport, Iowa. On that day, Palmer was in his office carrying on a shouted conversation with the deaf janitor of the building, Harvey Lillard.

Lillard was explaining in shouts to Palmer that about 17 years earlier while working in a cramped, stooped position, something had “popped” in his back and ever since that occurrence, his hearing had become progressively worse.

Using his hands, Palmer repositioned the vertebra with a gentle thrust. Lillard’s hearing improved immediately. In that moment, Palmer made the breakthrough that had eluded the greatest medical minds of all the ages – he had discovered the cause of nearly all human disease. During the next few days, Palmer continued the hand treatments on Lillard’s spine. Within a week, Lillard was able to hear as well as anybody and was telling anybody who would listen about Dr. Palmer’s hand treatments.

Dr. Palmer’s fame quickly spread as he proved that the hand treatments were effective in all sorts of disease conditions. He became a world-renowned specialist in the spine and nerve system. His research into the cause of disease had led him to the conclusion that misalignment or subluxation of the spinal column interferes with normal nerve function and thus, an alteration of normal body functions.

He used the term Subluxation...

When a vertebrae becomes misaligned or moves out of its normal position, this is referred to in the chiropractic profession as a subluxation. Subluxations can be caused by a wide range of issues ranging from a minor slip or bump to a car accident or any sudden trauma. When a vertebrae is subluxated, it begins to put pressure on nerves, blood vessels and everything around it. This pressure comes with a price. The subluxation interrupts the natural pathways that the messages sent from the brain need to be clear in order to be completed properly.

As time goes by and a subluxation remains untreated, the spine and surrounding features such as discs can begin to degenerate. This degeneration becomes more difficult to reverse as time goes by as the surrounding muscles, nerves and bones begin to adjust to the new shape. The body is an amazing machine. It will start to accommodate these changes by compensating in other areas. The longer this goes on, the more difficult it is and the longer it takes to get back to near perfect position.

Find us on the map

Find Out When We Are Open

Desktop Required To Fill Out The Forms